The Malik-E-Maidan is the Master of the Battlefield, or Master of the Field. This is a large cannon of the early 16th century, located at Lion tower (Burj-E-Sherz). This is in Bijapur, in the fort.

This canon was cast in the year 1549 by Muhammad Bin Hussain Rumi. He was a Turkish engineer serving Sultan Burhan Nizam Shah of Ahmadnagar. This cannon was presented  in 1565AD to the son-in-law, Ali Shah. This was used in the Talkota battle by Ali Adi Shah, Sultan of Bijapur. He was an ally to the Deccan Sultanates. He had joined the forces to strike a blow against Rama Raya of the Vijayanagara Empire. The canon was named ‘Malik-i-maidan’ after the victory of the Deccan Sultanates.  This is among the world’s largest cannon. It was attempted to shift this by the East India Company to Great Britain as a trophy of war. Due to the un-conditioned transport and the size it was not possible to do so. 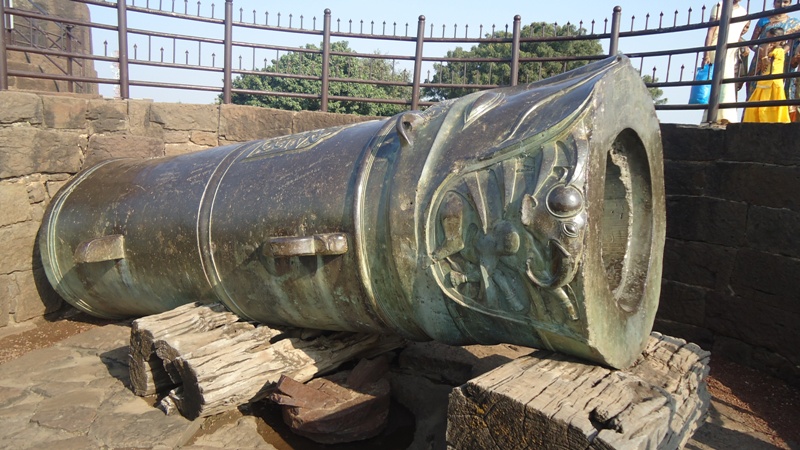 Malik Amber, in 1624 AD, managed to transport the Malik-i-Maidan with the help of elephants that were war trained, from Daulatabad to Sholapur. This was used in the Battle of Bhatvadi, against the Bijapur Sutanat and the Mugals.

On the cannon you find three inscriptions. Two of these were inscribed by Burhan Nizam Shah of Ahmadnagar.  It was cast from bell metal at Ahmadnagar in 1549 by Mohammad Bin Husain Rumi. Aurangzeb added the third inscription in 1685-86 when he had conquered Bijapur.

A unique feature of these cannons is that these remain cool even in the blazing sun. It tinkles softly like a bell when it is tapped gently.

Upli Buruj is a watch tower that is really tall. This is located in Bijapur, known as Vijaypura. This is located at a distance of almost 530 kms from Bangalore, Karnataka. This region has gained popularity due to the architectural marvels and the historical backgrounds. This grew during Adil Shahi’s reign. There is multitude of steps at this Upli Buruj towering spot. You need to climb these to get to the topmost view point. It is from here that you get the gorgeous view of the city and the different monuments. 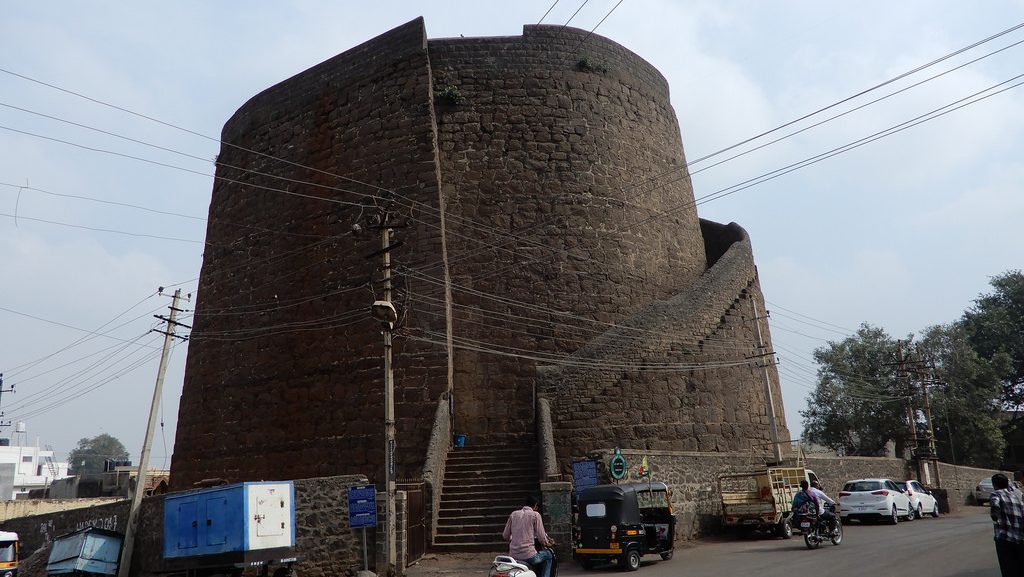 The Upli Buruj was constructed by the year 1584AD. This is 24meters high which took almost a couple of years to be completed. This is shaped like a cylinder and has a winding staircase.

There are two ancient canons at the top of the tower. There were a part of the defense system.

You are not required to pay any fees when you visit the Upli Buruj.

This watchtower I open for visitors from sunrise to sunset. There are no fixed timings and you can visit this anytime you wish. It takes around oe hour to explore and enjoy this tower.

Anywhere between October and February is the best time to plan a trip to Bijapur. The weather is mild and pleasant and you do not have to face any discomfort. This means, you can explore the different sightseeing spots in and around Bijapur.

You need to be aware that the summers here, in Bijapur, are humid and hot. It gets difficult moving around during this time. Monsoon works out the best time to visit Bijapur as you can then enjoy the lushness of this place.

How to Reach Upli Burj in Bijapur

Bijapur is well known for tourists, especially those who are architectural and history buffs. As it is a popular place, the government has ensured that this is well connected and can easily be accessed from the different parts in India. You can travel to Bijapur via air, road or rail.

You can take a train from any major city in India. This includes Hyderabad, Mumbai, Bangalore, New Delhi, Chennai or other. You can reach the railway station of Bijapur. You got the option of getting down at Badami. You can get 4 trains from here to Bijapur. This journey by train takes around two to two and a half hours.

Bijapur now has an airport as this has emerged as a important tourist destination. You have the choice of flying directly to Bijapur or getting to any of the close-by airports. This can be Hyderabad, Hubli, Pune or any other.

Bijapur has a good network of roads and planning a road trip can be adventurous and fun. You can connect via the different metropolitan cities like Hyderabad, Mumbai, Bangalore and more. There are buses frequently from Belgaum. It is advisable to reach Badami or Belgaum first and then take a bus to Bijapur.

You can book local transportations once you reach Bijapur for exploring the city. You can reach the Mahatma Gandhi Chowk in the center of the city. You get a number of rickshaws from here.

You have many other places in and around Bijapur that make this a total worthwhile trip. You can visit the Aihole temple, Gulbarga, Basavana, Kundalasangama. This works out to be a perfect place for all those who are passionate about history.