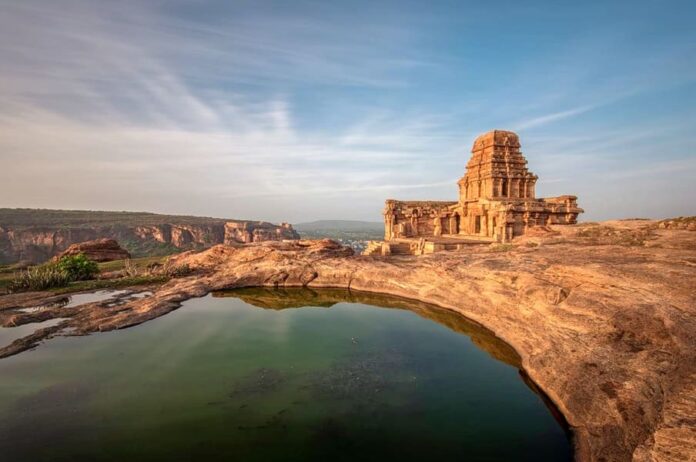 This is an open air museum, housing countless exhibits, sculptures, inscriptions and a lot more. This museum is ideal for those looking for a peep into history. The displays here represent Indian Art. Veena Saraswati, Dancing Shiva and Nataraja are some interesting and significant exhibits here. 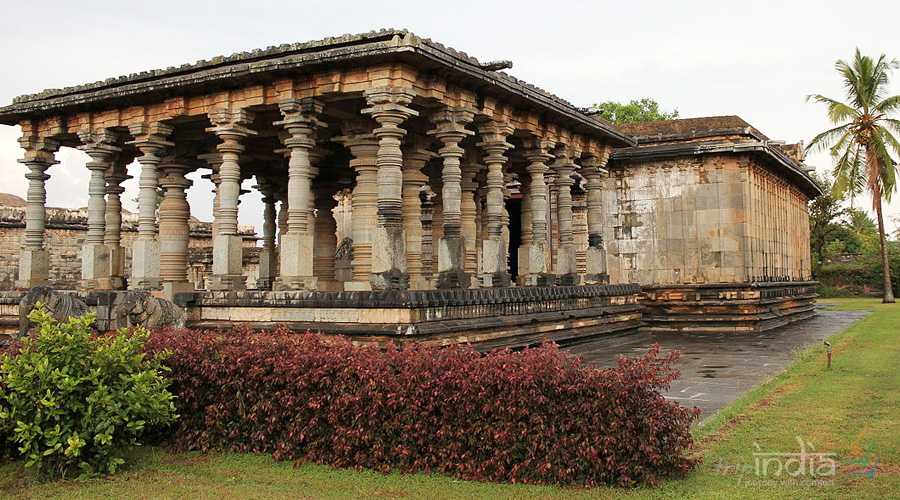 Halebidu archeological museum is considered to be the most ‘popular’ museum in South India. Thousands of tourists throng this museum throughout the year. It has four galleries that are well maintained. The central hall is similar to a temple where you can see sculptures of Nandi, Shivalinga and Dwaram Tapa.

The Parshwanatha temple has wonderful carvings. The twelve pillars holding the doom are cut in an attractive manner. These have been carved in a manner in which the images seem different from one another. These pillars are well polished and seem to resemble mirrors. 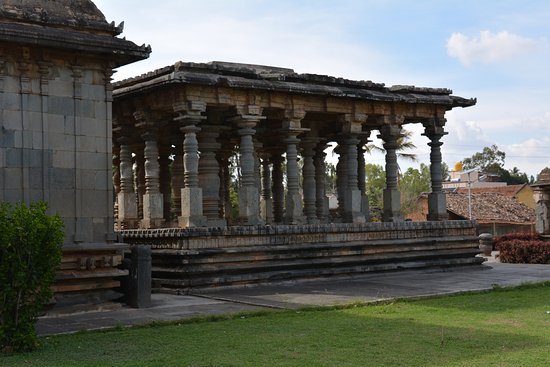 For a glimpse into Jainism, this is one visit that can be considered as important. This is close to the Halebid bus station.

Badami, the capital of the Chalukya Empire, is known to be enriched with artefacts left by this kingdom of the 6th century.  The Archeological Museum, along with the different rock-cut temples, works out the perfect source for those looking for education on the past civilization of the land.

This treasure of history is located in foothills of Northern hill. This treasure preserves sculptures other materials and inscriptions.

This museum comprises of ancient tools, stones and also sculptures. You have a number of carvings, hero stones ad more found here. This covers the period between the 6th and the 16th century.

This building has 4 galleries on the nside and also an open gallery in the front veranda. You find exhibits of Lord Shiva sculptures, along with Lord Ganesha, the holy Lajjagauri, the different forms of Vishnu and Bhagvad scenes on the different panels. 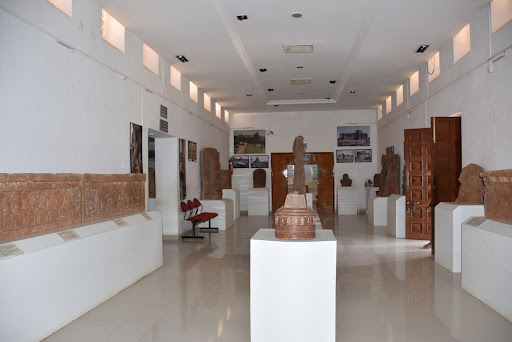 You find a rock shelter that is prehistoric, scaled model in one of the galleries. The surrounding walls showcase prehistoric activities and art.

On both the sides the collection includes Makara Tarana and Lajja Gauri . The panes are narrative with intricate carvings, animal figurines of elephants, lions and more.

For all those who are passionate about adventure, you can plan on a trek through the Northern hills.

Situated only 1km from the Bus Station of Badami, the Agastya Lake is known to have healing powers. This lake faces all the temples and is surrounded by the Bhootanatha Temple. This temple is made of sandstone.

The locals come to the lake not only to wash their clothes but also to bathe. 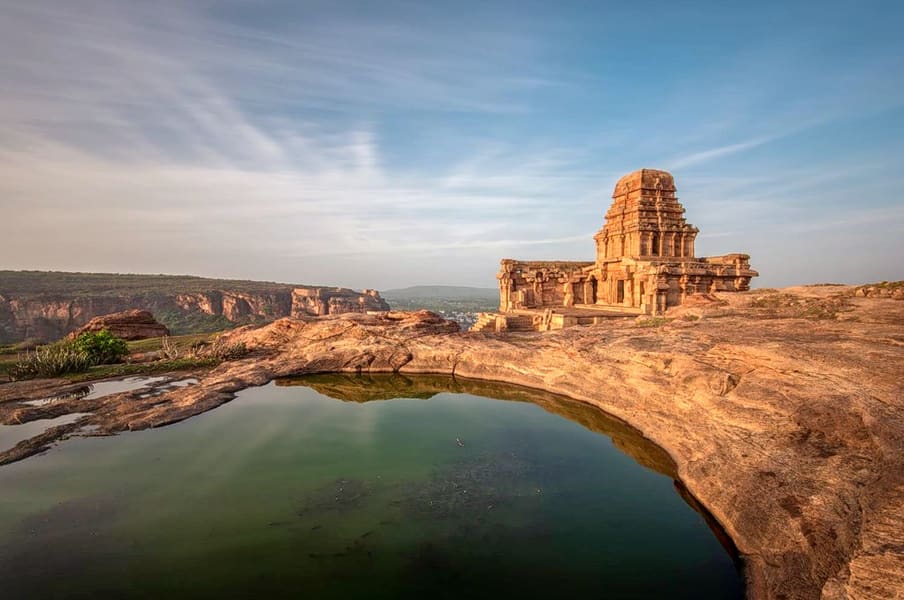 In Vaikunta, the Pushkarni was considered to be a pleasure tank of the Gods. This is also a beloved of Bhoodevi and Lakshmidevi. Garuda, the vehicle of Lord Vishnu, brought the Pushkarni and set it here.

The great view of the hills is a stunning.

On the left-bank of the river Kaveri, you find the ‘desert-like’ town, Talakadu. This is around 45 kms from Mysore and 133 kms from the city of Bangalore. At one time, this town had around thirty temples. Most of these are buried in sand.

This town is well known for the Vaidyanatheshwara temple of Lord Shiva. This town derives the name from local chieftains, Tala and Kada. 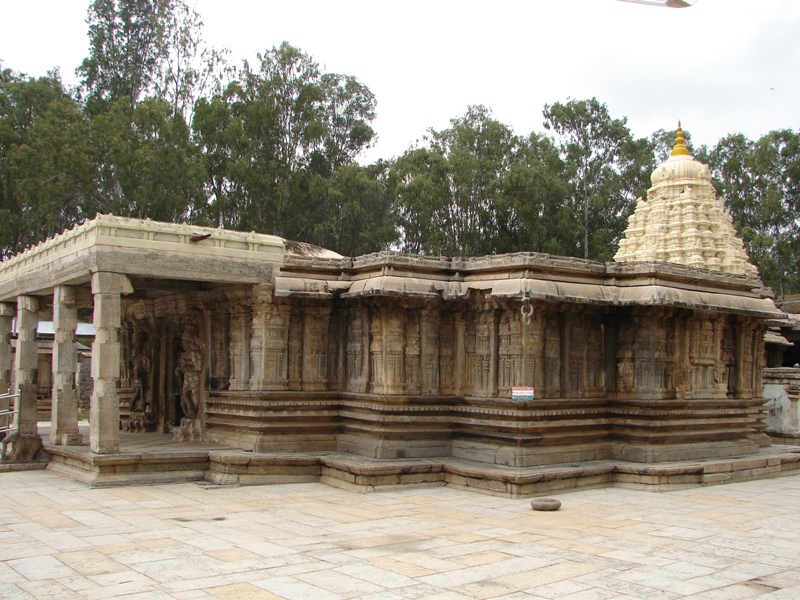 This place is an ideal place for all those in love with history.

Among the temples of this town, the 5 lingams, said to represent the 5 faces of Lord Shiva, forming the Panch Pathi, are well known. These are the Maruleshwara, Patheleshwara, Vaidyanatheeshwara, Arkeshwara and Mallikarjuna. Every 12 years a festival is held here. This is a tribute to the 5 temples and is called the Panchlinga Darshana.

This Panchlinga Darshana is held on a ‘New Moon’ day in the Karthika month.

It is said that Pataleshwara Shivalinga changes colors according to the time of the day.

It is said that the offices that were under the purview of the General and Revenue Secretariat expanded a great deal under the regime of Tipu Sultan. These offices were shifted to a different location as there was not enough space in the palace. This office was called the Attara Kacheri. This means a total of 18 departments. 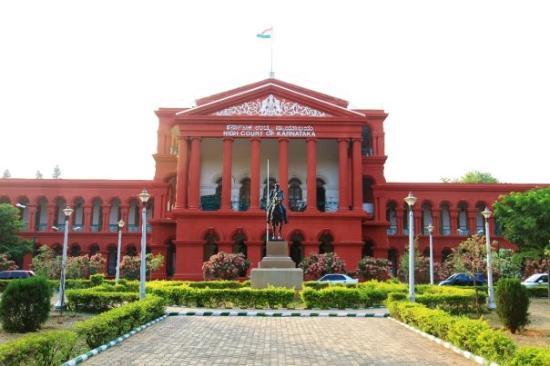 This red building was built in the European classical style and boasts of Gothic architecture.

This is a Government museum where there are no entry fees. You can visit this museum anytime between 10.00 and 17.00 Monday to Saturday. This is an ideal place for those who love history as you get an insight into this. You can also go through the different coins used in the past, scriptures and paintings.

The Land of Temples: Nanjangud Nanjangud, in the southern state of Karnataka, is a small town only 23 kms from Mysuru. Nanjangud is situated on...