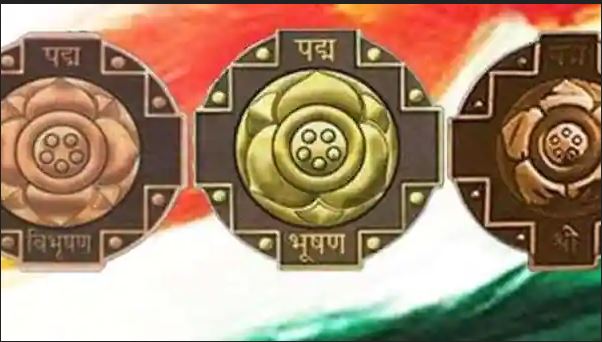 Bengaluru: Poet Siddalingaiah,who was known as the Dalit Kavi, will be honoured with the Padma Shri award (posthumous). He passed away in June 2021 due to Covid-19 at the age of 67. The poet, playwright and activist was a pioneer of the Dalit-Bandaya movement in Kannada. He also served as MLC and was chairman of the Kannada Development Authority. Some of his poems have anthem-status in Dalit movement, like “Yarige Bantu, Ellige Bantu Nalavattelara Swatantrya?” He emerged as the fiery voice in Kannada, with his debut poetry collection ‘Holemaadigara Haadu’, in 1975. He was the first Dalit poet to receive the Pampa Award, Karnataka’s highest literary award, in 2020.

Dharwad: Abdul Khadar Imamsab Nadakattin dedicated his life to invention and manufacturing of agricultural equipment for the benefit of farmers over the last 40 years. Nadakattin set up the Vishwashanti Agricultural Research Centre in Annigeri taluk and his innovative ideas in farming have reached different states with many people adopting them. An automatic seed-cum-fertilizer applicator, tiller, rotovater are among his innovations. Abdul Khadar Imamsab expressed joy over being selected for the Padma award, saying that he is happy but his intention is to serve the farming community at large. “The farming community should become independent and free of labour issues”, he added.

Shivamogga: Renowned Gamaka exponent H R Keshva Murthy (88) hails from Hosahalli village in the taluk. His contribution in extending and expanding the scope of the Gamaka art that grew over ages, is immense and unique. Just like the Varanasi, Kanpur, Jaipur, Mumbai and Pune Gharanas, his style is known as the Keshava Murthy Gharana and thousands of connoisseurs of Gamaka are his fans. His village is renowned as the Gamaka Grama and he has been training hundreds of students at home for free. “Congratulations to Shri H R Keshava Murthy on being conferred the Padma Shri Award. He is a renowned expert in the field of Gamaka (story telling),” Bengaluru South MP Tejasvi Surya tweeted.

Mangaluru: Amai Mahalinga Naik (73) was working as an agricultural labourer with a landlord in Adhyanadka in Bantwal taluk of Dakshina Kannada when the latter parted with 2.2 acres of barren land to Naik in 1978. Within a few years, he converted the barren rocky land into a lush green farm with arecanut and coconut palms and pepper vines through sheer hard work. He manually drilled five tunnels to draw water from the laterite hills for the arecanut and banana plants and adopted sprinkler and drip irrigation. Naik, who still works in his horticulture field, told TNIE that he was happy on being chosen for the award.

Former director-general of the Indian Council of Agricultural Research (ICAR), Prof Subbanna Ayyappan, is being awarded for his contributions to science and engineering, particularly in the field of farming and agriculture. The scientist is currently serving as chairman of the Karnataka Science and Technology Academy (KSTA). Prof Ayyappan was the first non-crop scientist to head the council, having obtained his bachelor’s and master’s degrees at the College of Fisheries, Mangaluru, and his PhD from Bangalore University. He is currently also serving as the Chancellor for the Central Agricultural University in Imphal, Manipur.