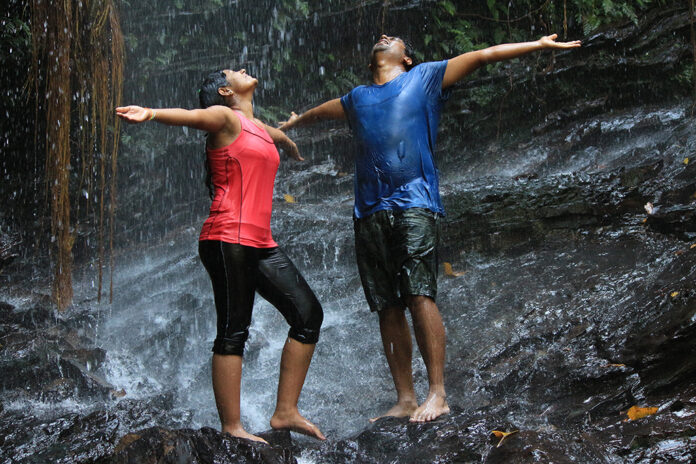 A mountain peak, Kodachadri, is at an elevation of 1,343 meters above the sea level. This is in South India, in the Western Ghats, almost 78km from Shimoga. This has been declared a natural heritage site by the government of Karnataka. This is said to be the 13th highest peak in Karnataka.

The name, ‘Kodachadri’, comes from ‘Kodashi’ or ‘Kodacha’. This means the Kutaja flowers. ‘Adri’ is a Sanskrit word for mountain. In Sanskrit, ‘Kutaja’ means ‘Jasmine of the hill’.

Kodachadri tends to form the background of the Mookambika temple in Kollur. This is around 21km from Kollur. This works out to be 15km from the Nagodi village in the taluka of Hosanagara. There are many routes to reach the Kodachadri peak. The difficulty in reaching the peak depends on the route chosen. It is definitely a challenge to reach the peak during the monsoon season as these routes become slippery due to the heavy rains. Kodachadri gets an annual rainfall of 500 to 750 cms. It rains for almost 8 months in a year.

Kodachadri has been a major attraction since prehistory. Several menhirs or monolithic structures were built here in the prehistoric times. For the construction, rocks with more than 12 feet dimensions had been used. This structure is found 20kms outside of Nagara-Niskal. Near the top of the peak you find a temple that is dedicated to the Mother Goddess Mookambika. This is one of the most popular destinations for the pilgrims. This is said to stand where Mookambika fought with the demon Mookasura, and killed him thousands of years ago. At one time, people used to trek from the state of Nagara, that is close by, and the Europeans managed to trek to the peak in the 19th century. The Commissioner of Mysuru from 1862 and 1870, Lewin Bentham Bowring, stated that ‘Kodachadri was clothed with forests that were splendid and that the ascent was extremely steep.

The view from the hill top has a bluff appearance from a distance but is sharp like a knife. This commands a long range of the Ghats. He also recorded that Kodchadri was visible from Merti Peak near Srinegri.

The Keralites and the locals visit Kodachadri a lot. Sage Adi Shankara is said to have meditated in this place.  He established a temple in Kollur. A temple built with stone, called the Sarvajinapeetha, is dedicated to Adi Shankara, on top of the Kodachadri.

This is home to many endangered species as this is situated in the middle of the National Park of Mookambika. Due to the very strong winds, the peak is barren. The base is covered with a thick forest and this makes the peak practically invisible from the ground level. There are many small hills and peaks existing around the peak. The animal life here includes Malabar pied, Malabar langur, Malabar grey hornbill, Indian tiger, Indian leopard, hyena, elephant, Indian rock python, and many others. Most of these are threatened.

These hills of Kodachadri contain iron ore in the soil. During the 20th century, test digging was carried out here. The stones found here possessed magnetic properties. There was no commercial mining carried out here on a large scale here in Kodachadri. There are efforts of leasing out the hills surrounding to different mine companies for mining manganese. The locals have opposed to it strongly due to a possible environmental damage.

Local people demanded a ban on all mining activities anywhere near Kodachadri.

Kodachadri is known for the wide expanse of lush, beautiful and green rolling hills. These hills are covered in greenery and spread as far as you can see. The grasslands, at 5,735 height, with the emerging of the Shola forest is something you need to look for when trekking at Kodachadri. 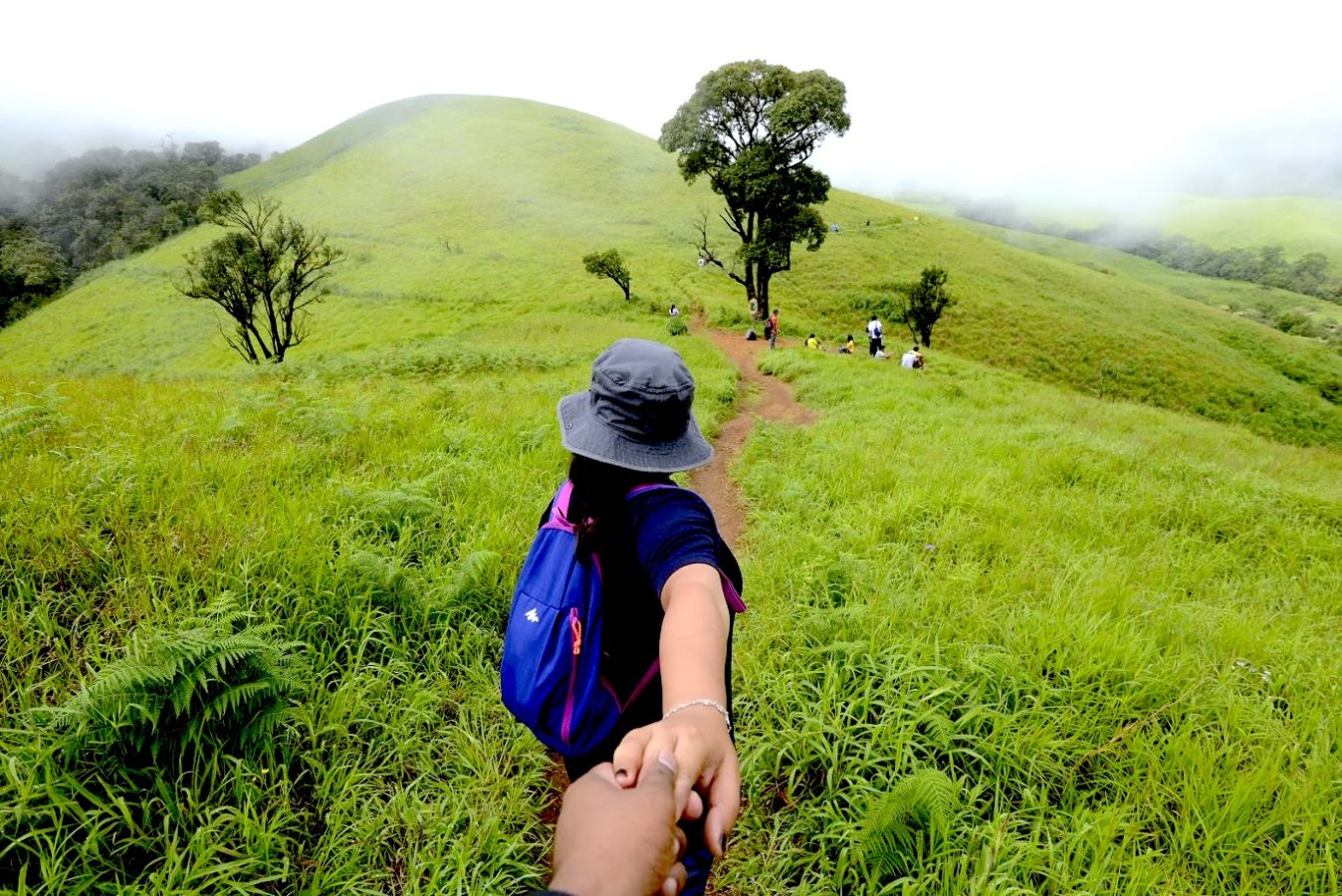 You find different shades of green, from Pine green, Parakreet green to Emerald green. Adding to this greenery, the drama of the combination of mist and cloud is definitely a thrilling experience.

Besides trekkers, you also find pilgrims and tourists coming to this peak of Kodachadri. This temple of Mombika is one of the major attractions. It is said that the demon Mookasura was killed by the Goddess Mookambika here.

This temple is normally covered with mist as it is situated at the peak.

A cascade of almost seven waterfalls makes the Hidlumane waterfalls. This gushing falls is a wonder sight. This is a rare experience that you might not find in the other treks.

The trekking of Kodachadri takes you to some of the dense forests of the Western Ghats. This is a sensational experience for anyone who is passionate about trekking. 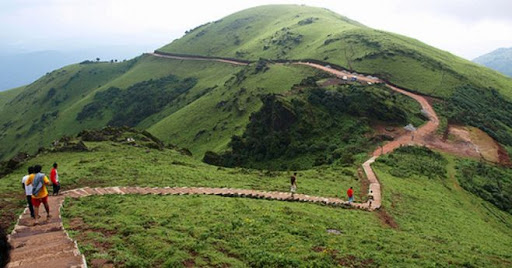 The Wildlife Sanctuary offers a wide variety of fauna and flora to explore.

Information on the trail

The Kodachadri Trek can be easily accessed from 3 base villages. This trek can be done from Kattinahole or Nittur, or, probably, from the Vallur side.

If you take your own vehicle from the base, you can start your trek from Kattinahole. You can join the trail at the Hidlumane falls or take the jeep track to the Kodachadri Top.

It is easier to trek from the Vallur side.

This trek can be divided into 4 sections over 2 days.

Best Season for the Kodachadri Trek

The best season to trek here is anywhere between October to February. Winters or post monsoon work out to be the best season for trekking here.

You can witness the lush greenery of this region post monsoon. You can even plan on extending the trek till the pre-summer. At this time, the trek is a mix of green and brown. During winter you have a much clearer view as compared to post-monsoon.

BENGALURU: Bushra Mateen, a 22-year-old civil engineering graduate of SLN College of Engineering, Raichur, will walk away with 16 gold medals, the highest won...

Pattadakal is also named as Raktapura or Pattadakallu, is a 7th or 8th century complex Jain and Hindu temples in North Karnataka. This is...