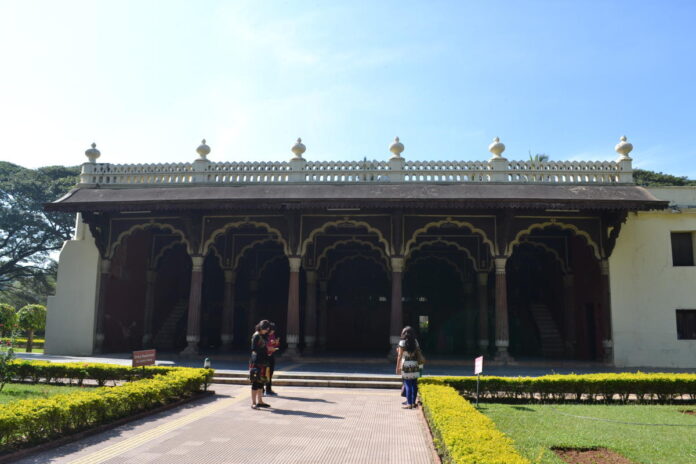 Located in Bangalore in India, Tipu Sultan’s summer palace is a good example of the architecture that is Indo-Islamic.  Tipu Sultan, who was the ruler of Mysore, used this palace as a ‘summer’ residence. The construction was commenced by Hyder Ali within the Bangalore fort’s walls. This construction was completed during Tipu Sultan’s reign in 1791. This palace was used for the secretariat by the British Administration after the death of Tipu Sultan in Anglo-Mysore War.  Later, the secretariat was moved to the Attara Kacheri in the year, 1868. At present, this palace is maintained by the Archeological Survey of India, located near the bus stand Kalasipalyam, center of Old Bangalore.

The structure was stands ad teak that were adorned with arches, pillars and also balconies. The durbar was conducted by Tipu Sultan from the balconies located in the western and the eastern sides of the upper floor.On the first floor there are four small rooms. These were the Zenana quarters. You find floral motifs embellished on the palace’s walls. There is also a grand painting of throne that was visualized by Tipu Sultan. This is stuck with emerald stones and coated with sheets of gold. Tipu had promised not to use this till he had defeated the British Army completely. The British dismantled this throne after the death of Tipu Sultan and the parts auctioned.

The ground floor rooms are, at present, a small museum showcasing the achievements of the administration of Tipu Sultan. There are new portraits of the places and the people of that time. In the Victoria and Albert Museum which is in London, you find the replica of the tiger of Tipu Sultan. The crown and clothes of Tpu Sultan are present in gold and silver pedestals. You also find the silver vessels that were given to Hyder Ali by a general.

The area in the front of the palace is maintained by the Government of Karnataka, the Horticulture Department.

This Tipu Sutan’s Summer Palace is less than 2 miles from the famous botanical garden, Lalbaug, in Bangalore. This is o the Albert Victor Road and is surrounded on the right by the Kote Venkatraman Temple. This is only a stone’s throw away from Bangalore fort and half a mile from th market f Krishna Rajendra (K.R. Market).

This palace is considered to be a prominent structure in Bangalore that was conceived by Hyder Ali, (the ruler of Mysore). On the wall’s entrance there is a Farsi inscription declaring the Palace as, “Envy of Heaven” and “Abode of Happiness”.

This palace, after Tipu Sultan’s death, was used by Maharaja Krishnaraja Wodeyar III, after which, the British administration took over.

This palace is airy with many balconies, walls, rooms, arches and all these are wooden and carved in a beautiful manner. Inside you find multiple paintings with floral motifs and on the outside you find painting with different battle scenes. Most of these paintings have vanished at present as there was no maintenance.

The museum houses the rockets developed by Tipu’s father, Hyder Ali. These rockets were remodeled by Tipu Sultan and these managed to be lethal in the many battles fought.

The Lalabaugh garden was designed and also laid out by Hyder Ali. This was, later, adorned with unique plants by Tipu Sultan. Before the independence of India this was managed by the British administration. This garden was responsible for introducing and propagating different plants with economic value. Besides serving as recreational space, this garden also had many flower shows held here. This is considered to be an ‘urban’ green space and houses a number of species of birds and wildlife. 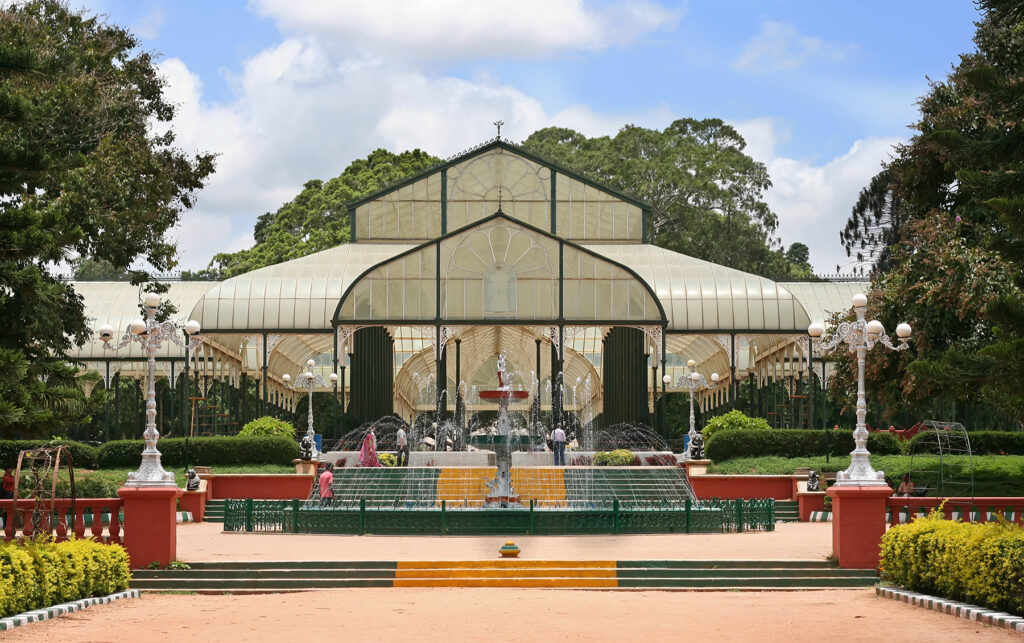 Sri Chamarajendra Park is known as the ‘Cubbon’ Park. This is a ‘lung’ area of the city of Bangalore. Cubbon Park is located in the Central Administrative Area within the heart of this city. This park was created in the year 1870, at that time, Major General Richard Sankey was the Chief Engineer of the state of Mysore. Originally, this park covered only 100 acres, but with the passing of time and the expansion, this park now covers 300 acres. 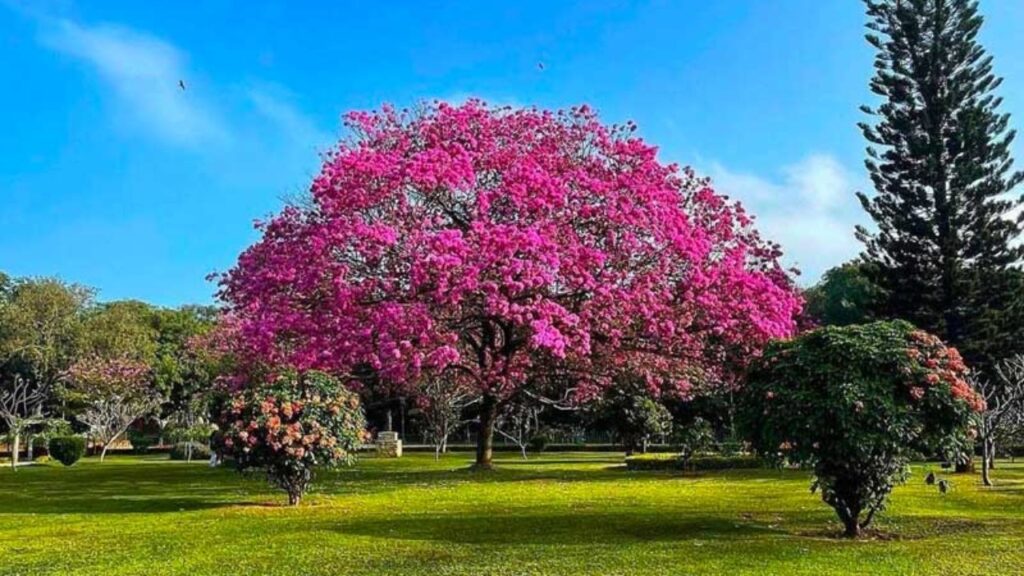 Cubbon Park has a history of rich fauna and flora. This park was known as the ‘Meade’ park after Sir John Meade. He was the Commissioner of Mysuru in the year 1870. After which, this was named as the ‘Cubbon Park’ after Sir Mark Cubbon.

Situated in the Bull Temple road, Dodda Basavna Gudi is a Hindu temple inside the Bugle Rock park. The bull in this temple is referred to as a ‘demi-god’ , Nandi. Nandi is a devotee and a close attendant to Shiva. This temple is considered to be the biggest temple worldwide. This idol of Nandi is covered continually with butter. 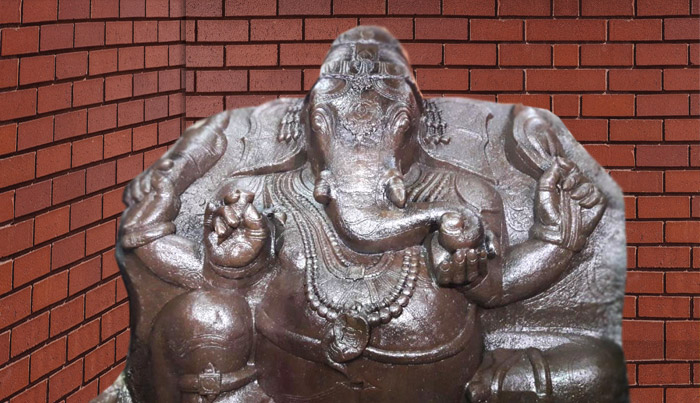 There is an idol of Ganesha, the elephant-headed Hindu deity. On the last Monday and also Tuesday, every year, a groundnut fair takes place in the temple and groundnut is offered to the deity. Sellers of groundnuts throng this place at this time.

There is a pay and use toilet available in the premises. Tourists are advised to avail taxis that are post-paid so that there are no additional charges levied by the drivers. You also have the choice of local guides.

The architecture and the surrounding beauty f this palace makes this a ‘must’ visit when you planning a trip to South India. You can go back in history and re-live all those exciting moments experienced at that time. A little planning and advance booking can make a trip to the summer palace a totally ‘worth-while’ trip.

Located in the Halasuru (Ulsoor) neighborhood, the Halasuru Somshwara Temple in Bangalore is said to be one of the oldest temples dating back to...

The Land of Temples: Nanjangud Nanjangud, in the southern state of Karnataka, is a small town only 23 kms from Mysuru. Nanjangud is situated on...