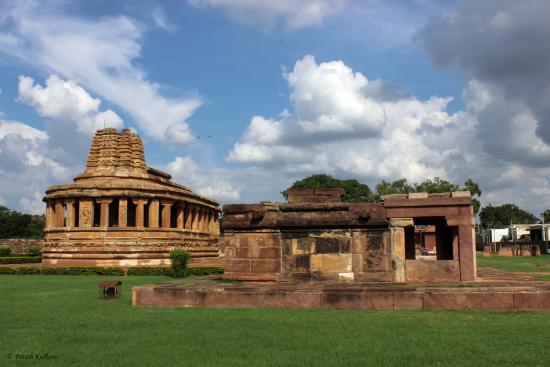 Known as the Lad Khan Temple, the Chalukya Shiva temple is considered to be one of the oldest Hindu temples, and this is dedicated to Lord Shiva. This temple is located in a number of monuments in the Karnataka state at Aihole. This was dated to the 7th or the 8th century, but now is dated to the 5th century.

Noticeable Features of the Chalukya Temple

There are 2 Chalukyas . The Badami Chalukyas ruled the region of Karnataka around the 7th century, and were followed by the Western Chalukyas, Kalyani Chlaukyas, around the 11th century.

The Chalukyas temples are known for 3 basic plans.

This design indicates the plan of the subsidiary shrines, salla, and design of the pradikshna path. The architecture and the structure of a temple depend on this plan.

The Chalukya temples have managed to combine different elements to ensure these are not only distinctive but also unique.

Influence of the Nagara Tradition

Influence of the Dravida Style

This influence of the Dravida is visible in the Chalukya temple’s vimana.

The Chlaukya temples show indigenous quality in case of the ornamentation of the walls and the pillars.

Transformation of the Dravida tower

The Dravida tower was modified by the Chalukya rulers. Each storey was minimized and arranged in a descending order of their height from the base to the top. There was good ornamentation in each of the storey.

Transformation of the Nagara Tower

Modification is witnessed here in the vertical shape of tower.

There are 2 types of roofs to the mantapa. One is the square ceilings (ornamented vigorously) and domical ceilings. These ceilings like dome stand on 4 pillars.

The Chalukya Uttsava (festival) is an annual heritage and cultural festival that is held in the historic cities of Aihole and Badami in Karnataka. This festival lasts for 2 to 3 days, in the month of February.

Highlights of the Chalukya Utsava

You have the choice of visiting Mahakoota and Pattadakal when you visit Badami or Aihole.

From Bangalore, Badami is 450kms and the nearest airport is Hubballi. This is around 105kms from Badami.

1. Agumbe - Shimoga Agumbe is  village located in Karnataka in the Shimoga district. This district is also called the ‘Cherrapunji of South India’. This...

Five years back, in the last league game of the 2017 Women's ODI World Cup, India took on New Zealand with Rajeshwari Gayakwad making...