The Bangalore fort was built in 1537 as a mud fort by Kempe Gowda. In 1761, Haider Ali transformed this fort into a stone fort.  This fort, unfortunately, fell into the hands of the British. This was then reconstructed into hospitals, schools, roads and more after being dismantled. Bangalore changed hands quickly between different rulers due to the wars in the 17th century. This made development stagnant.

At present, you can witness only the ruins of what was Tipu Sultan’s stronghold. This includes the Delhi Gate and 2 bastions. The Delhi Gate faced the North and the Mysore Gate faced the South. These ruins speak of magnificence, glory and splendor. The many structures on the premises of this fort include the summer palace of Tipu Sultan. This monument, in all its grandeur and height, is one of the favorite’s attractions of this city.

The remains of this fort is a walkable distance from the market and is ‘open’ to the public.

Vidhana Soudha has been described as ‘a temple dedicated to the nation’ by Pandit Jawaharlal Nehru. This structure has the Secretariat of Karnataka and State Legislature. This building is considered to be a popular attraction for those visiting Bangalore.

You find 4 entrances in all the 4 directions and it also has 4 floors above the ground level and 1 below the ground level. To give an apt description, this building is termed as the ‘Taj Mahal of South India’. The grandiose and poise of this structure is very impressive. This building is illuminated on public holidays and also on Sundays. 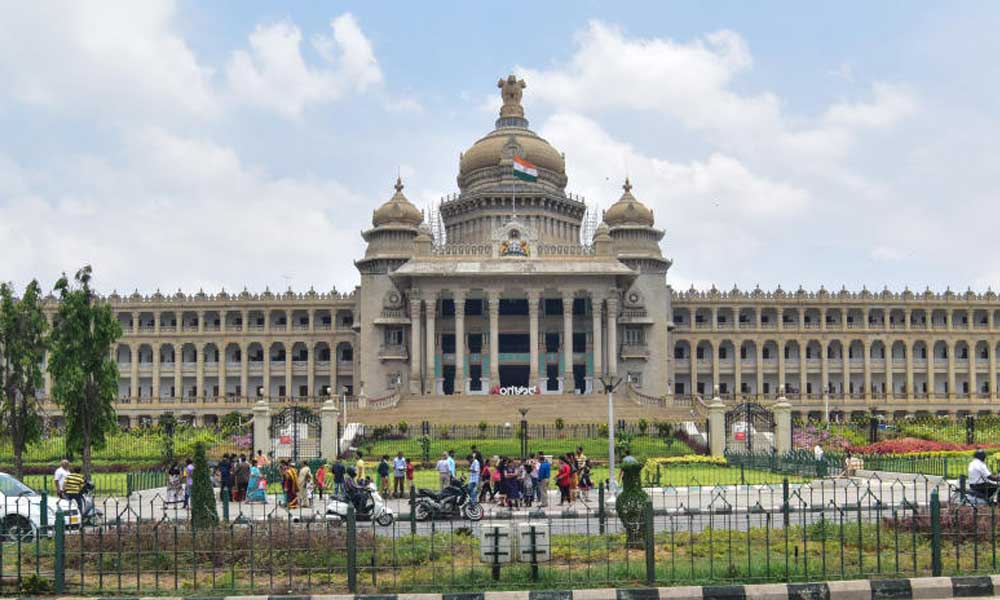 The 1st brick of this monument was laid by the then Prime Minister, Jawahar Lal Nehru, and also the then, Chief Minister, K.C. Reddy. This was on the 13th of July in 1951. The construction of this structure has symbolized the sovereignty of the people.

This building was inaugurated in the year 1956. The construction took 5 years. This was one of the largest legislative buildings in India. Vidan Soudha boasts of the architecture of the Neo-Dravidian style and stands at 150 feet.

The estimated costs of this structure worked out to nearly 3.3 million (33 lakh) rupees.

Bangalore Palace is considered to be an epitome of great beauty and magnificence. This palace was built in 1878. This palace is the center of attraction at present. The British Guardians of Charmarajendra Wadiyar bought this property in 1873 from Rev. J. Garrett, the principal of Bangalore Central High School. This palace spreads across almost 45,000 square feet and is vast. The mix of Gothic and Tudor architecture has resulted in this grand palace seen at present.

The royal culture can be seen due to the beautiful carvings in the interiors and the exteriors of this wooden palace.

This palace is not only a major tourist attraction but also hosts different cultural events, marriages and also rock shows. It is believed that King Charmarajendra Wadiyar drew the inspiration of this palace from Windsor Castle, London.

A fairy-tale ballroom, the seats made from granite that are decorated with blue ceramic tiles, the famous paintings of Raja Ravi Varma , the Durbar Hall and the walls covered with vines can be quite impressive.

You witness the splendor and lavishness of the South India dynasty when you visit this palace.  You can understand the history better as there is an audio tape in English as well as in Hindi.

This European styled monument needs to be on the top of your ‘must visit’ list. Lord Curzon constructed this historical place located in Bangalore. This memorial hall was constructed to honor the hard work and earnestness of K.Seshadri Iyer. He had served as a Dewan of Mysore for almost 18 years.

This Hall is located in Cubbon Park, located in the central administrative area of Bangalore. This building can be termed ‘special’ due to its beauty and heritage with the statue of Sri. K. Seshadri. 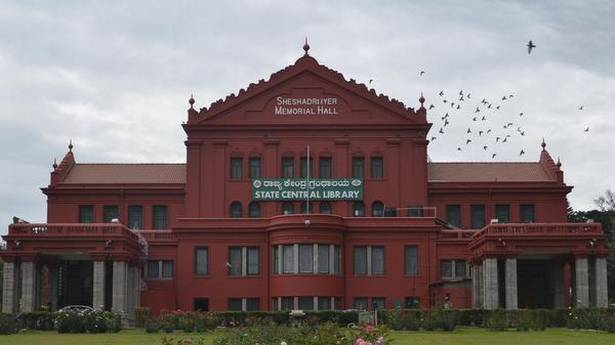 You also have a grand library in this building, the State Central Library. Book lovers find this a ‘heaven’ as it has a collection of almost 2.65 lakhs of books. This includes books in Braille.

This building is open from 08.30 to 19.30 hours. You need to remember that this remains closed on every second Tuesday of the month.

Located around 35 kms (22 mi) north of the city of Bangalore, the Devanahalli Fort is important not only for historians but also scholars. This is due to the fact that Tipu Sultan, considered as the ‘Tiger of Mysore’ was born here.

This fort is an important connection to history and to add to this, it also has beautiful architecture. This fort was built by Mallabairegowda in 1501. In the year 1747, this was captured by Dalawai. Once again, this fort was attacked by the Marathas. 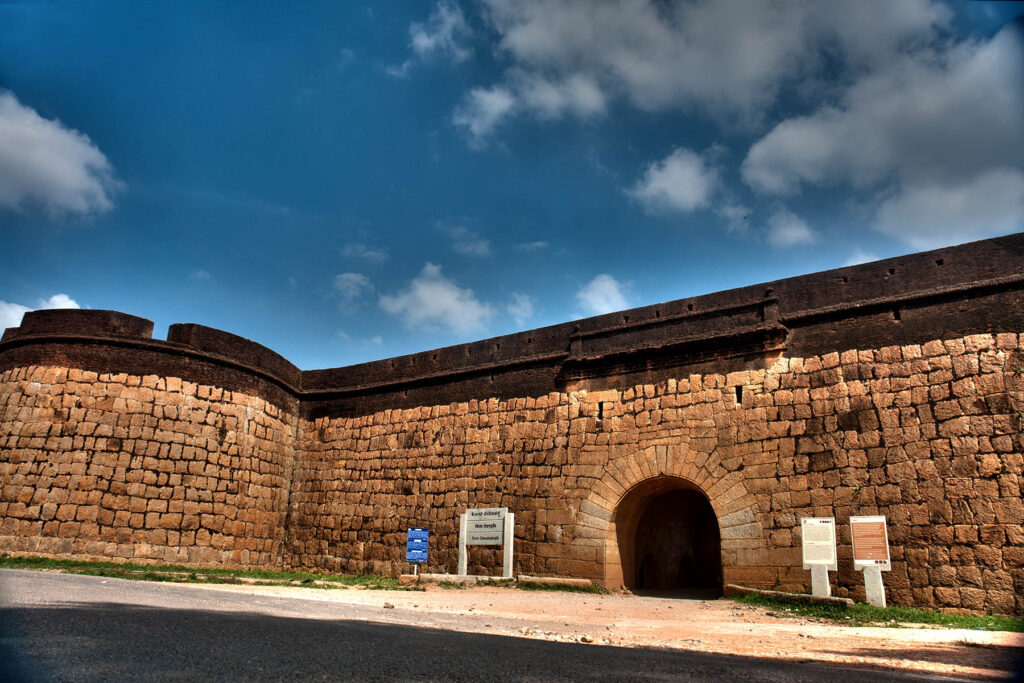 Finally, Hyder Ali took this over and later passed it on to his son, Tipu Sultan. Though the entrance to this fort is small the decorations are worth a visit.

A visit to this fort works apt for those looking to delve into history, explore temples or even just have a picnic. A drive from the town takes around an hour.

The Halasuru Someshwra Temple is located in the Halasuru (Ulsoor) suburb in Bangalore. This temple is dedicated to Lord Shiva. As compared to the other temples, the Halasuru Someshwara is the oldest temple of the Chola period. This temple was built by the Hoysalas between the 12th and 13th century. At present, The Endowment Department of the government of Karnataka is managing this temple. 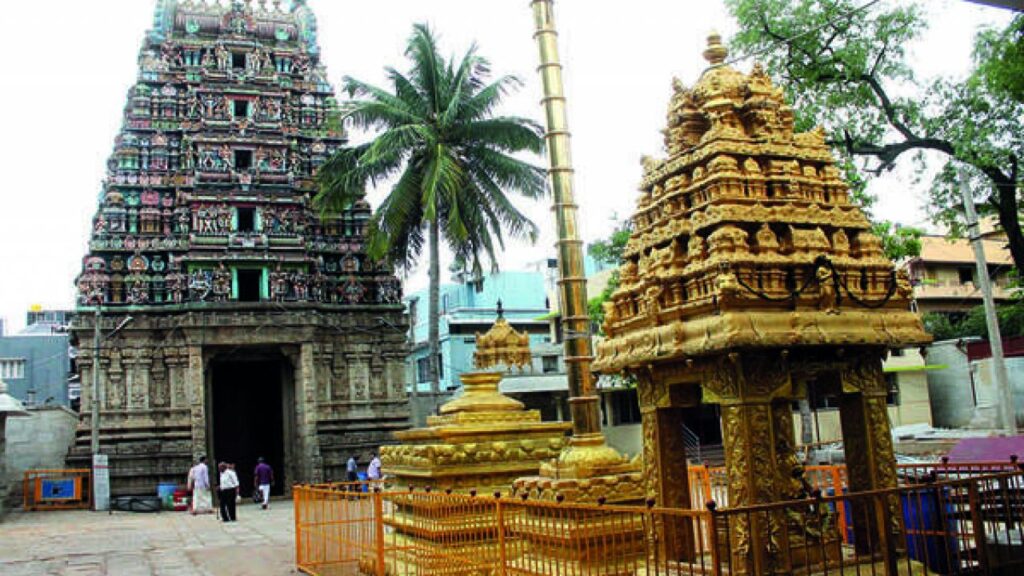 During the Vijaynagar empire there were some additions and major modifications made to this temple. The most fascinating features of these temples are the sculptures of Ravana. He seems to be holding the Kailash Parvat for pleasing Lord Shiva. You also find Goddess Durga slaying the demon Mahishasura, scenes from the marriage of Lord Shiva and Goddess Parvati and a lot more.

The Halasuru Smeshwara was constructed in the Vijaynagar style architecture. You can enjoy the beautiful carvings in the shrines with the placid interiors.

In Bangalore this is a very popular and famous temple. A number of tourists flock here during Mahashivratri. Many believe that Lord Vishnu and Brahma worshipped in this temple.

The accommodation of the brave ruler, Tipu Sultan, is located at the juncture of Krishna Rajendra and Albert Victor Road. This palace is at Bangalore fort, in old Bangalore in Karnataka.

This palace show-cases Indo-Islamic architecture and was a summer retreat for the king. This was referred to as ‘Rash e Jannat’ means ‘Envy of Heaven’ and also ‘Abode of Happiness’. This palace is considered to be one of the most noteworthy creations of those times, and has magnificent arches, frescoes that are ornamental, brilliant motifs and protruding balconies. You can take a good stroll on the balconies before you enter the palace. Exploring the palace offers you a glimpse into the luxurious lifestyle of Tipu Sultan.

It was at the time of Hyder Ali that the construction of the fort had started. This was completed during the rule of Tipu Sutan in 1791. The many unique aspects of this palace include glorifying brackets, huge pillars and placid settings.

The British used this monument for the Secretariat till 1868. This palace is attractive to tourists due to its sparkling fountains, flowering shrubs and lush gardens.

A part of this fort has been converted into an interesting museum lately. This showcases the different events in the life and times of the ruler, Tipu Sultan.

You get a feel of a different era once you enter this fort. The serene vibe can have a calming effect. A visit to this palace gives you an insight to history.

The Durga temple is a Hindu temple of the medieval era that is located in the Karnataka state in Aihole. This name is misleading...