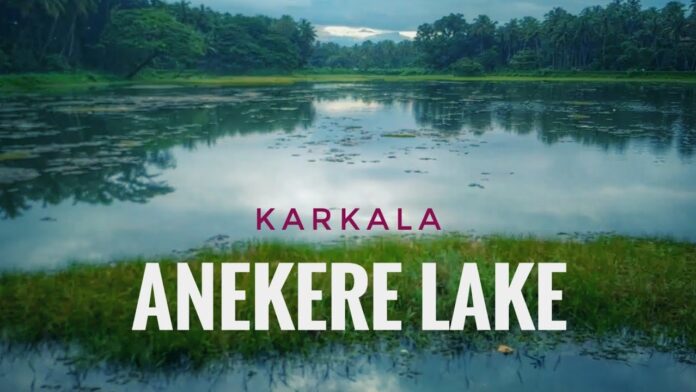 The history of Karkala goes back to the 10th century. This place was then ruled by the Jain Kings. It is for this reason that you find the ‘Bahubali’ statue among the other famous structures here. This statue is 42 feet in height, and is found in the town’s rocky hills. This is considered to be the 2nd tallest structure of Karnataka.

This place, Karkala is a preferred ‘go-to- place’ for most travelers. The best time to visit Karala is during February to March, and anytime from September to December. The 10 places for tourists in Karkala are listed below. You can visit these places according to your convenience, during the morning half or even the evenings.

This ancient temple of Chaturmukha Basadi depicts architecture considered ‘beautiful’. A big granite slab is supported by 108 pillars. This forms the temple’s roof. There are four entrances that are on all four directions. These lead to the ‘garbagriha’. This place is apt for those who are passionate about different designs and also history.

The Ramasamudra Lake was created in the later quarter of the 14th century. This lake is a favorite picnic spot not only for travelers but also for the locals. It is believed that this lake has never dried up and also has some kind of healing powers. The creation of this pond was in the memory of ‘Ramanatha’. He was Veerpandya’s brother and son of King Veera Bhairava.

This statue of Gomateshwara, or ‘Bahubali’ was constructed in 1432 AD by King of the Pandya Dynasty, Bhairava Raja. At that time he ruled Karkala. Bahubali, a prince, had meditated for 12 years, giving up on worldly pleasures. During the time he was meditating, the climbers growing near him had covered him. This statue of 12.8m in height commemorates the legend.

This temple, built in 1567 by a Jain king, served as a ‘Jain Basadi’. During the visit of Sringeri Jagadguru Sri Narsimha Bharathi Swamiji to Karkala, the king welcomed him. The king gave to the Swamiji his Basadi. He, also, got the idol of Lord Vishnu sleeping sculpted in stone. This idol is found in a lake, close to the Nelikar village and is carved of a single stone.

This Anekere Lake in Karkala is considered to be significant historically. King Pandyadeva had built this in 1262, like a tank. For more than eight centuries this lake provided the town with drinking water. At present, this lake spreads over 7 acres is adorned with lilies and is filled with clear water.

The ‘Sree Karkala Venkatramana’ temple is also known as the ‘Padu Tirupathi’ or ‘Western’ Tirupati. This temple is dedicated to Lord Vishnu,s form, Lord Srinivasa and is considered as an important pilgrimage center, more so for the ‘Gaud Saraswat Brahmans’. Devotees consider a visit to this temple equivalent to visiting Tirupati.

The Attur Church is said to be the 2nd church built close to Nakre of Karkala, and the 3rd church to be destroyed by Tipu Sultan. After a certain period of time, this church destroyed, was unusable and the parishioners came to Attur and St. Lawrence’s statue near the Pushkarni pond on the ground. This statue could be lifted by the parishioners and the priest only after a decision to build a church in this place had been taken.

Venur, a small town that is on the banks of the River Gurupur, is in close proximity to Karkala. This was the capital of the ‘Ajila’ Dynasty at one time. Due to the ‘Bahubali’ statue present here, this town has managed to gain a lot of popularity. This statue, created in 1604 AD, is 35 feet in height. This was created by the king ‘Thimmanna Ajila’. AS compared to the other statues of ‘Bahubali’ in the state, this is said to be the smallest.

Hiriangadi is a destination that has gained popularity due to the multiple shrines and ashrams present here. This is well known for Neminath Basadi. Sahyadri Mountain ranges surround this. The main attraction of this Complex is the statue of Manastambha which is 60 feet in height. You can also see Stone Age structures, Gowri temple, tombs of some Jain priests here.

Varanga is a Jain temple that is located around 72kms from Mangalore, 34kms from Udupi and only 22kms from Karkala. This temple is located in the middle of a lake with beautiful surroundings. There are 4 idols placed in all the 4 directions in this temple. These idols are of the 4 Tirthankaras, Bhagwan Neminath, Bhagwan Parsvanatha, Bhagwan Ananthanath and also Bhagwan Shantinath.

This is a short insight of Karkala. You can plan a trip to explore the beauty of this place in depth.

About 25kms from Mysore you find Nanjangud, a well-known and ancient pilgrimage center. This is also famous due to the temple that is dedicated...