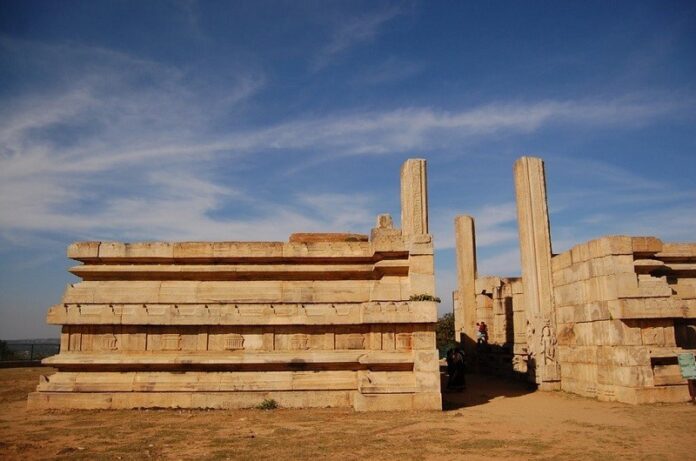 Located in the district of Mandya in Karnataka, Melukote is one of the most sacred places of South India. From Mysore, Melukote is at a distance of 51kms. From Bangalore the distance works out to be 133 kms. This is well-known for Cheluvanarayana Swamy Temple and is in the Pandavapura taluka.

Melukote is also known as a place that is culturally rich. This has a number of old temples, religious sites and historic buildings.

The history of Melukote goes back to the 12th century. This was the time saint Ramanujacharaya stayed here for almost a decade.

The Cheluvanarayana Swamy Temple is known to be the most iconic place here. Cheluvanarayana is said to be an incarnation of Lord Vishnu. The Vairamudi festival is the highlight of this temple. This is the time when the idol of Cheluvanarayana along with the temple is decorated with different jewels. This temple is also known as the Dakshini Badri. The Badri Yatra is incomplete without visiting this temple.

It is said that Balarama, Lord Krishna and other gods have worshipped this idol. This deity, thus, is known by different names, like ‘Thamar Uganda Thirumeni’, ‘Ramapriya’ and also ‘Chella Pillai’. This means that Lord is considered to be a son of Ramanujacharya.

This temple is an important shrine of Ramanujacharya and follows one of the texts that describe theatrical and practical concepts (Pancharattra Agama). This was propagated by Ramanujacharya, Vaishnava Guru. Every year this temple celebrates the Tiruvadirai Abhishekham to Sri Ramanujacharya, and a Mahabhishekam to Lord Narayanaswamy.

This utsavam is attended by pilgrims not only from India but also abroad. This is the procession of the idol of Cheluva Narayanswami, adorned with a crown that is made of diamonds. 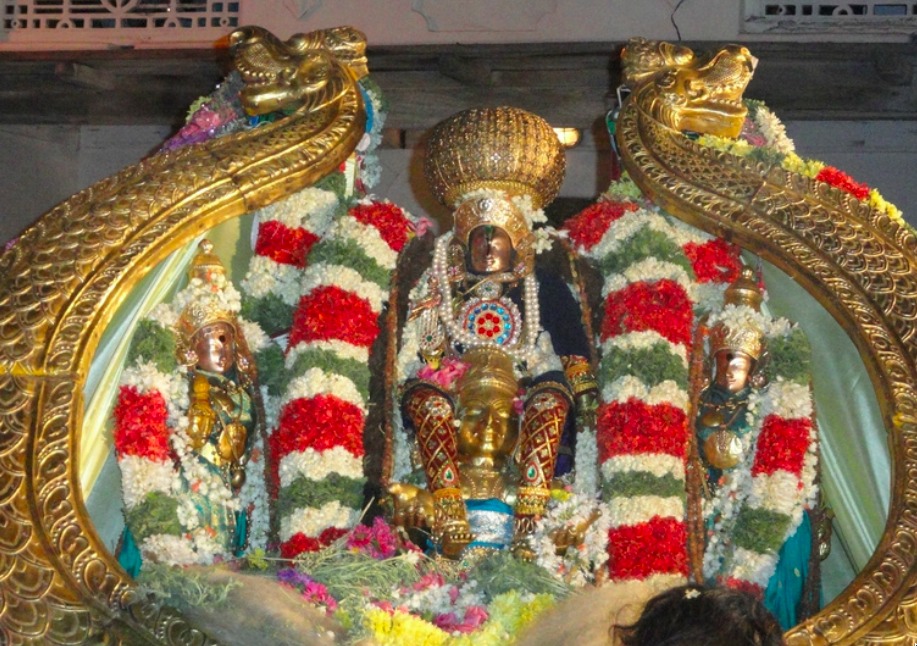 The main temple is decorated in a dazzling manner.

Vairamudi (Diamond Crown) is the most popular Brahmoutsav. Besides this, the Rajamudi and the Krishnarajamudi are also popular. There are a number of sevas offered to the Lord. This includes NagavalliMahotsava, Kalyanotsava, Sreemanmaharathotsava, Dolotsavam, Teepotsavam which are all a visual treat. You get immersed in the sea of devotion and your soul sinks in the divinity of the Lord when you participate in this.

There is an interesting story about the Vairamudi, which says that the diamond crown was brought by Lord Garuda. This was given to Narayana, the Supreme Lord. Krishnaraja Wodeyargave the Krishnarajamudi and, Raja Wodeyar gave the Rajamudi.

This temple has another crown gifted by an unknown person. This crown is said to be older than the two gifted crowns. The Government, at present, has custody of all these three crowns. These are brought only on special occasions to the temple.

Idol of Bibi Nachiya, a Muslim princess, is found near the deity’s feet. Lord Narayana appeared in the dram of Ramanujacharya and said that the idol was the palace of a Muslim king who resided in Delhi.

Acharya travelled all the way and did not find any. He then prayed to the Lord and asked the beautiful Perumal to come. An idol from the room of the Princess comes and sits on the lap of Ramanujacharya. It seems the princess was deep in love with the idol. She rushed behind the Acharya. Unfortunately, on her return to Melkote, the princess was no more. The Acharya felt she was really lucky to have passed away next to the good Lord. It was due to this that he placed an idol of this princess at the feet of God. This can be seen even at present in Melkote.

The Thuni Thengol and the Puliyogare are the prasadams of this shrine. The prasadam is considered to be ‘phenomenol’ and is called the ‘Melkote Puliyogare’. This is also known as the ‘Iyengar Puliyogare’ globally. This is due to the fact that the Iyengars, who are the priests here, prepare this prasadam.

Cheluvanarayana Swamy temple is known to be almost 1000 years old. The manifestations, carvings, intricacies of the engravings are commendable. The godly sculpture here holds the Hinduism ethics high and is a proof of historical evidence for the future generations.

This temple is considered to be a masterpiece where craftsmanship is concerned. The pillars and the sculptures are built in the Dravidian style. The architecture of this temple incorporates a pond that was constructed near foothills. Pancha Kalyani, a pond is next to the temple’s main steps. This pond is shaped like a wheel and is made from stone. This also includes the Bhuvaneshwari Mantap. The main deity is on a platform that is structured in a square shape, in the sanctum of the temple.

When to Visit the Temple

The best time to visit this temple is during the festival of Vairamudi, which falls between March and April. This is a 10 day festival.

Sightseeing In and Around Melkote

In the Mandya town you have many places that can be interesting.

Besides the Cheluvaraswamy temple, the Yoga Narsimha Temple can be listed as a ‘must visit’. This temple is on top of a hill, dedicated to Lord Yoga Narsimha. The Lord was presented with a gold crown by the King of Mysore.

This sanctuary in Melkote housed only wolves at one time. At present, this has langur, jungle cats, leopards, pangolin and also bonnet macaque. The bird species present here are more than 200 in number.

How to Reach Melkote

Melkote is 133kms from Bangalore. This works out to be the nearest airport

Mysore, 51kms away from Melkote, is the closest station.

Melkote has a network of roads with regular buses from Mysore and Bangalore.