The Biligiriranga hills are referred to as ‘Biligirirangan’ hills in geology and biology and this hill range is in Karnataka south-west, with Tamil Nadu at the border. This area is called the ‘Wildlife Sanctuary’ of Biligiri  Ranganatha Swamy temple. In short, it is BRT Wildlife Sanctuary. In 2011in January, this site was declared as a ‘tiger’ reserve by the government of Karnataka. This was after a few months after this had been approved from the National Tiger Conservation Authority of India.

The Biligiriranga is the starting point of the Eastern Ghats with the Western Ghats border. This allows the different animals to move between these. This can facilitate the flow of genes between the species population in the area. This sanctuary is a bridge for the entire population of the Deccan plateau biota.

These BR hills along the MM Hills (Male Mahadeshwara Hills) range forms a ridge running in the north-south direction amidst the Bangalore plains, Krishnagiri and Mysore. The peaks of these ranges rise to nearly 1800m. Kattari Betta is the highest hill at 1800 meters. There are different observations pointing out to a possible biogeographic link between the Nilgiri ranges and the BR hills.

The BR hills are Charnockite. These have a tropical forest of dry broad leaf that is a part of the Deccan plateau ecoregion. These forests range from the scrub forests at the lower elevations that are degraded by being over-used, to the deciduous tall forests that is typical of the eco region. This, also, have shunted forests along with montane grasslands at high elevations, exceeding 1800 meters. These forests are important corridors for wildlife between the Western and also the Eastern Ghats.  This links the largest populations of Asian tigers and elephants in South India.

The wild elephants are the most conspicuous mammals in these BR hills. These hills are the only ones located east of the Western Ghats in the central peninsula to harbor these in large numbers. These were the areas of study of R. Sukumar, a scientist studying elephants. A survey I 2017 revealed the sanctuary had 62 tigers. The forests are also well-known for gaur, bovines. There are around 26 different species in this sanctuary.

The other mammals present here include chital, sambhar, and the barking deer. You can also find the antelop with four horns, which is rare. The carnivorous animals include leopards, tigers, lesser cats, wild dogs, sloth bears. The arboreal mammals include three species of squirrels and two species of primates, including the giant squirrel that flies. A survey of 2017 revealed that tere are 254 birds in this sanctuary. These include the tit with white wings. This specimen was collected by Morris and is, at present, housed in a museum at Tring. Microhylid is a species that has been discovered only recently.

This sanctuary -15km wide from east to west and -35km long from north to south is spread over 540km with a variation in the mean temperature (9 degrees to 16 degrees minimum and 20 degrees to 38 degrees maximum). The annual rainfall is almost 600mm at the base and at the top of these hills it is 3000mm. These hil ranges, within this sanctuary rise as high as almost 1200 m above the plateau of 600 m and go in the north-south direction in ridges. This wide range of conditions in the climate with variations in the altitude within a small area of this sanctuary has translated into a mosaic that is highly heterogeneous of habitats found in all major types of forest vegetation – deciduous, scrub, evergreen, riparian, grasslands and shoals.

Places to Visit in BR Hills

This temple is situated on the top of the highest peak of the BR hills and is dedicated to Lord Ranganatha. This is the only temple in the country where a deity is depicted in the standing position. During ‘Vaishakha’ you have the Annual; Car festival held here. Thousands of pilgrims visit this place every year. Another tradition followed here is the local tribes presenting a pair of slippers those measure around 1-foot and 9inches to the Swamy once every 2 years. 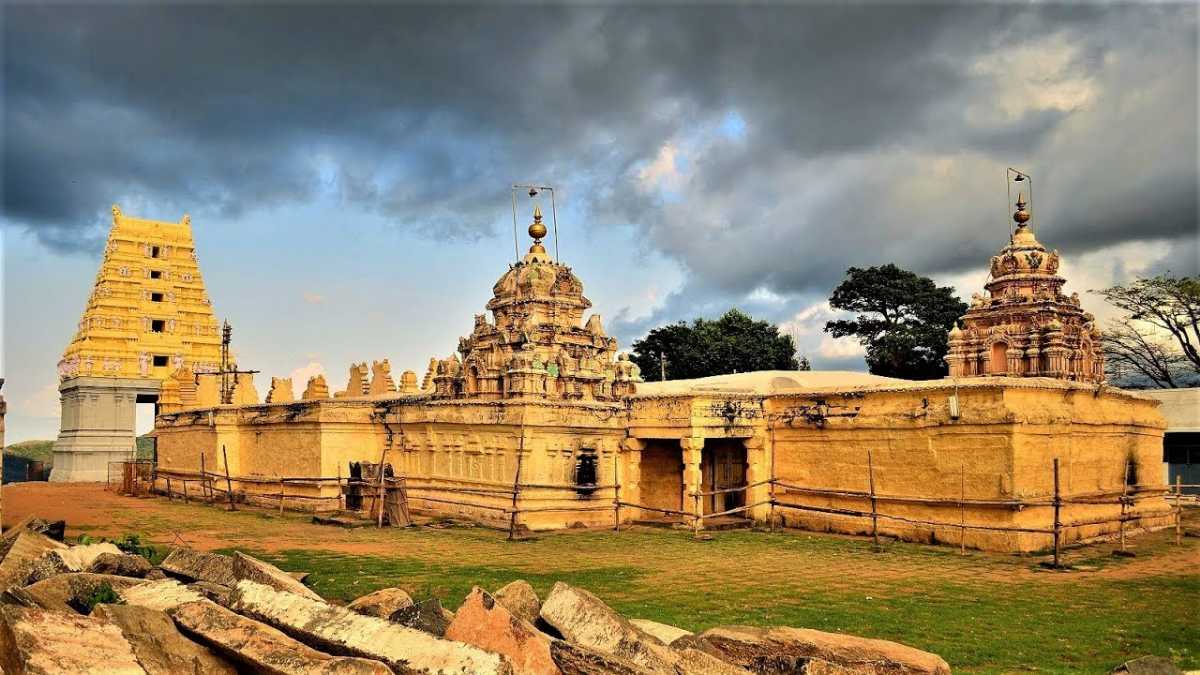 This means the ‘Big Champak Tree’ and this tree dates back to nearly 2000 years. The height is almost 34m and the width is 20m. This is within a temple with a number of lingams near it. This is considered ‘holy’ and the local tribes worship it.

All you need to know about the Soliga Tribe

The Soliga tribes are ancient residents of the BR Hills. They have been living here since centuries. The government, at present, has been trying to turn the places of residence of the Soliga tribes into parks. This is for safeguarding of different animals, like leopards, tigers, and also sloth bears. 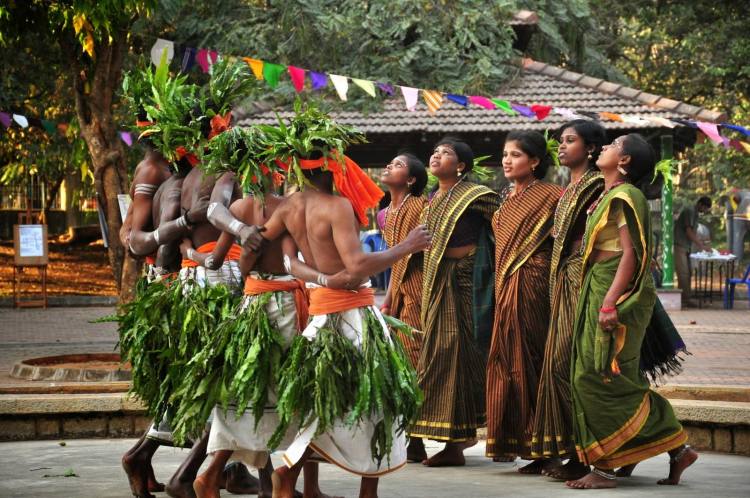 This tribe is known to be more into silk-weaving. Mid-wives are trained so that they can get easily employed in hospitals. These people also gather turmeric powder and make honey. The government has also initiated setting up schools for their kids.

October to March works out the best time to visit the BR Hills. As this is at a high altitude you do not feel very hot. Summers are ideal for those looking to trek and enjoy the beauty of these hills.

In the Sirsi and Kumla forests in Uttara Kannada, in Karnataka, you find the village of Yana. This is well known for the karst...